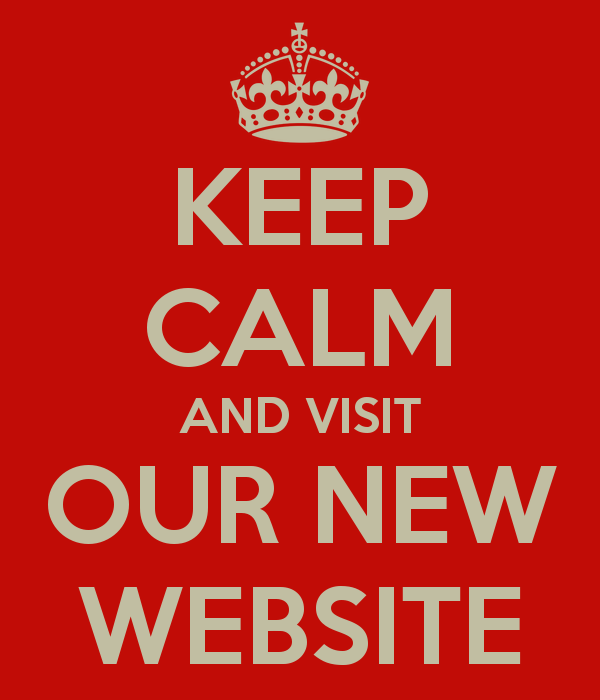 Just to let you know how thrilled we are with the Night Storage Heaters which you supplied and fitted. When it was so wet and miserable on Sunday we were as warm as toast.

We will certainly be recommending you to people who want a safe, efficient heating system.

IBERDROLA ARE writing to inform their customers that they are currently replacing electricity meters with smart meters. This is part of a ministerial order to replace  the traditional electric meters with state of the art electricity measuring equipment.

Properties on a low tariff, such as 3.3 kW or 3.45 kW or lower, may experience power cuts after the smart meter is fitted due to overloading the ICP, that means tripping out when too many electrical appliances are switch on at the same time. In some cases this involves a trip to the meter cupboard to reset the power control switch (ICP).  A smart meter limits the consumer to the amount on their contract. This amount is stated on your electricity bill. Check yours to see the amount is sufficient.

Properties with illegal upgrades will be reduced back to their original state once a smart meter is fitted. An illegal upgrade is one where a boletin was not issued by the installer, and a new contract was never arranged with Iberdrola.

Contact us if you need to upgrade your power supply.

Iberdrola letter to customers
Posted by Unknown No comments:

SPARKS RECENTLY had an emergency call out from a client who had suddenly experienced a power cut in their holiday home on an urbanisación in Torre-La Mata. He had checked his consumer unit and discovered everything was switched on. Then he contacted Iberdrola to check the status on his account, to be told that it was perfectly in order. Iberdrola suggested contacting an electrician as there obviously was a technical problem.

I arrived and quickly discovered the problem was simple… the client had overloaded his electrics and activated the kill switch in the new Smart Meter which Iberdrola had just installed.

Iberdrola are engaged in a nationwide Smart Grid improvement programme and are currently replacing all the traditional electricity meters across Torrevieja with Smart Meters. The new electricity meters have an integral kill switch which automatically disconnects the electricity if you exceed the amount of power that you are allowed. The kill switch or power limiter, known as an ICP, was previously a manually operated switch fitted in the consumer unit and easily accessible within the property. The new automatic ICP is now housed inside the new Smart Meter which is located in the meter cupboard outside the property, sometimes inaccessible. Some property owners don’t know where their electricity meter is located.

There are twelve different approved Smart Meters that provide two different methods of restoring the electricity in the event of a power cut caused by consumer overload. One type has a green reset button on the meter and must be pushed to restore the electricity. The second type is reset by switching the main switch off at the consumer unit for ten seconds, then switching it back on.

What this means is that it will become a major concern for a lot of property owners whose meter cupboards are generally locked. In the event of a power cut caused by having too many powerful appliances switch on at the same time, resetting the ICP will be somewhat problematic.

To avoid being caught out, ensure that you are contracted for a sufficient amount of power with Iberdrola. Most homes will generally need a minimum tariff of 5.75 kW to avoid nuisance power cuts.

If someone has illegally upgraded or by-passed the ICP in your consumer unit, inevitably you will experience power cuts once Iberdrola fit your Smart Meter. For an upgrade to be legitimate a boletin (electrical installation certificate) must be issued and submitted to Iberdrola. 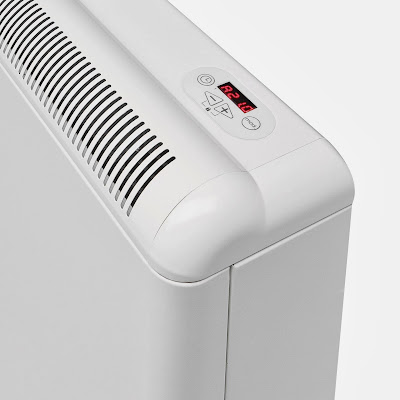 NIGHT STORAGE heaters just got smarter! A brand new system boasts to be "the most economical electric storage heating available on the market," and looking at the new design it certainly looks that way. The new ECOMBI smart heater manufactured by the Elnur Gabarron SA is innovation at its finest.

The Madrid based heating specialist have taken the static storage heater and the fan convector storage heater, combined them together with a new patented electronic management system (ESICC - Smart Input Charge Control) to produce a new generation of storage heaters that automatically determine the amount of energy the heater needs, then adjusts it accordingly each day, which effectively reduces power consumption.

Storage heaters use electricity supplied at a cheaper ‘night-time’ rate to heat up special heat-retaining bricks. These bricks then heat your home around the clock using the heat stored in the bricks.

Storage heaters used with a Day and Night Energy Plan (14-hour cheap rate time-of-day rates tariff) run at under half the cost of other types of electric heaters, and with the new ECOMBI smart heater those savings just got bigger. This new innovative system can reduce energy consumption by 35% compared to other static storage heaters. .

There are also savings to be gained using your electrical appliances with Day and Night Energy. For example, using the washing machine, one of the largest energy guzzlers in the home, during the cheap rate period will cut the running cost at least 50%.

Sparks could endorse any number of electric heaters, but the outstanding level of performance these heaters achieve makes them quite remarkable and unique. ECOMBI is the most innovative heating system available on the market. Contact us to arrange a home survey.

According to Which? – The UK’s ♯1 product testing consumer association – “The most cost-effective form of electric central heating uses night storage heaters.” (www.which.co.uk)

To find out more about the manufacturing company, Elnur Gabarron SA, watch this short video >>>

Heating your Spanish home during the winter 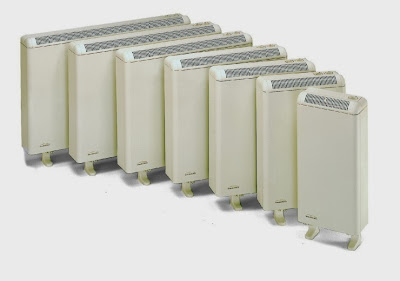 IT'S NOT sunshine and beach parties all year round in Spain. Temperatures drop dramatically inside properties during the winter due to lack of insulation. Moreover, 60% of Spanish homes built since 1979 have no minimum energy efficiency standards. This leaves winter residents with a dilemma on how best to heat their homes during the cold spell.

According to Which? – The UK’s ♯1 product testing consumer association – “The most cost-effective form of electric central heating uses night storage heaters. These heaters use electricity supplied at a cheaper ‘night-time’ rate to heat up special heat-retaining bricks. These bricks then heat your home around the clock using the heat stored in the bricks.” (www.which.co.uk)

Low running cost is the big bonus with night storage heaters. Used with the Day and Night Energy 14-hour cheap rate tariff they are by far the cheapest type of heater to run – pound for pound, half the running cost of any other electric heater available on the market.

There is also the added advantage of extra savings from electrical appliances with Day and Night Energy. For example, using the washing machine, one of the largest energy guzzlers in the home, during the cheap rate period will cut the running cost by half.

Night storage heaters are easy to install – no major building work, and no ugly pipes. There are no exposed cables, plus the switching controls are fitted neatly inside the Consumer Unit.

When it came to choosing a heating system in my casa, it was a no brainer. Plus keeping the boss happy goes a long way in my book. Mrs Sparks says "these storage heaters ain’t like those big ones your granny had, they look very modern."

Contact us for a home survey.
Posted by Unknown No comments: 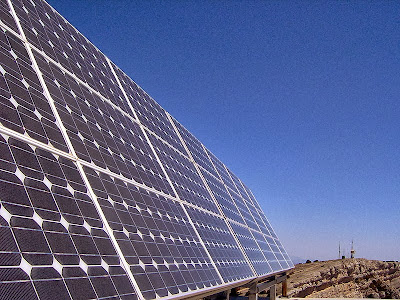 "SPAIN APPROVES tax on solar panels. It's a complete 180 degree about turn for Spanish solar energy, and a complete 180 for those who encouraged by government subsidizes invested in it." reports Al Jazeera.

As reported in my post "Spain plans to tax the Sun" earlier this month, Spain has a serious financial problem. It has accumulated a massive debt of more than 26 billion euros to the energy companies, and a new support levy tax is the governments attempt to claw back some of that money.

The move has angered environmentalists and solar energy support groups. The Comisión Nacional de la Energía (CNE) has objected to the plans. BBC News reports "Spain's energy regulator has sided with the opponents of the toll. It has found the proposal discriminatory, concluding that it makes self-consumption economically unviable and sacrifices middle and long-term economic efficiency for short-term economic sustainability. However, the regulator's word is non-binding."

There are hopes that the European Commission will help, as its objective is to achieve 20% of energy production from renewable sources by 2020.

However, the Commission has a dilemma. They are anxious not to jeopardise the plans for Spain's economic recovery. The Commission may be willing to sacrifice the EU legal framework for policy objectives.

It seems almost certain a new Royal Decree will be passed in the Spanish Parliament to tax solar energy. 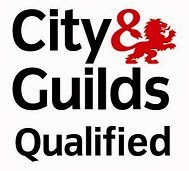 According to Which? – The UK’s ♯1 product testing consumer association – “the most cost-effective form of electric central heating uses night storage heaters." Contact Sparks to arrange a home survey.

Promote Your Page Too